My fellowship at Arizona State ended early last month and I hit the road for a week traveling back home to North Carolina.  First stop on the itinerary was the Grand Canyon.

It was a brief stay but I was able to catch a sunset, a sunrise, and a short morning hike into the canyon.  After arriving in the late afternoon and setting up my campsite at Desert View, I headed west along the South Rim.

This image looks west from Desert View where the harsh afternoon light mingled with a light haze.

I posted up about a 1/2 mile west of the very crowded Mather Point along the Rim Trail to take in the sunset. 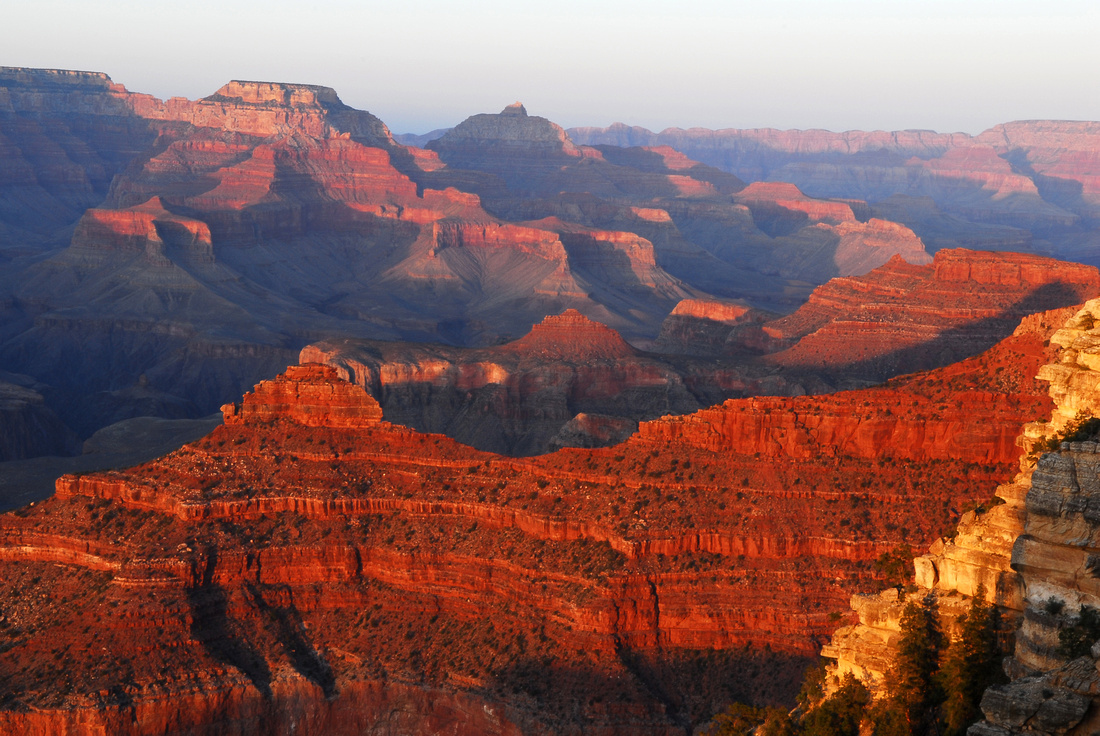 The most interesting light came after the sun had set, casting a soft glow over the canyon. 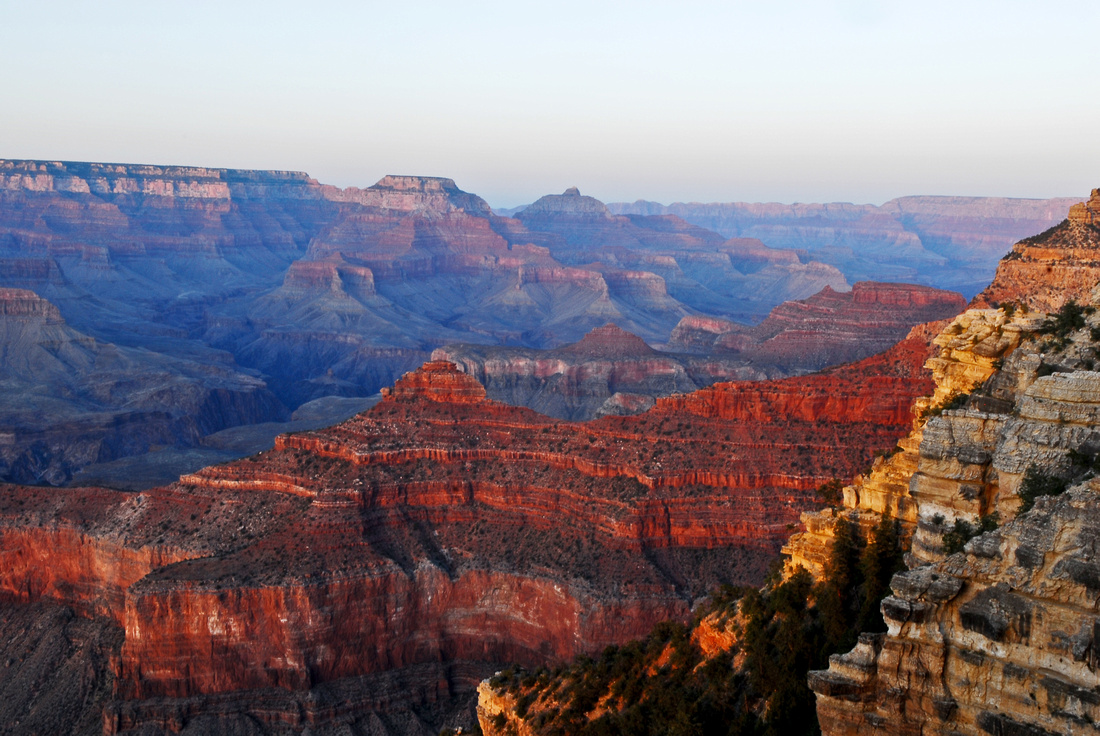 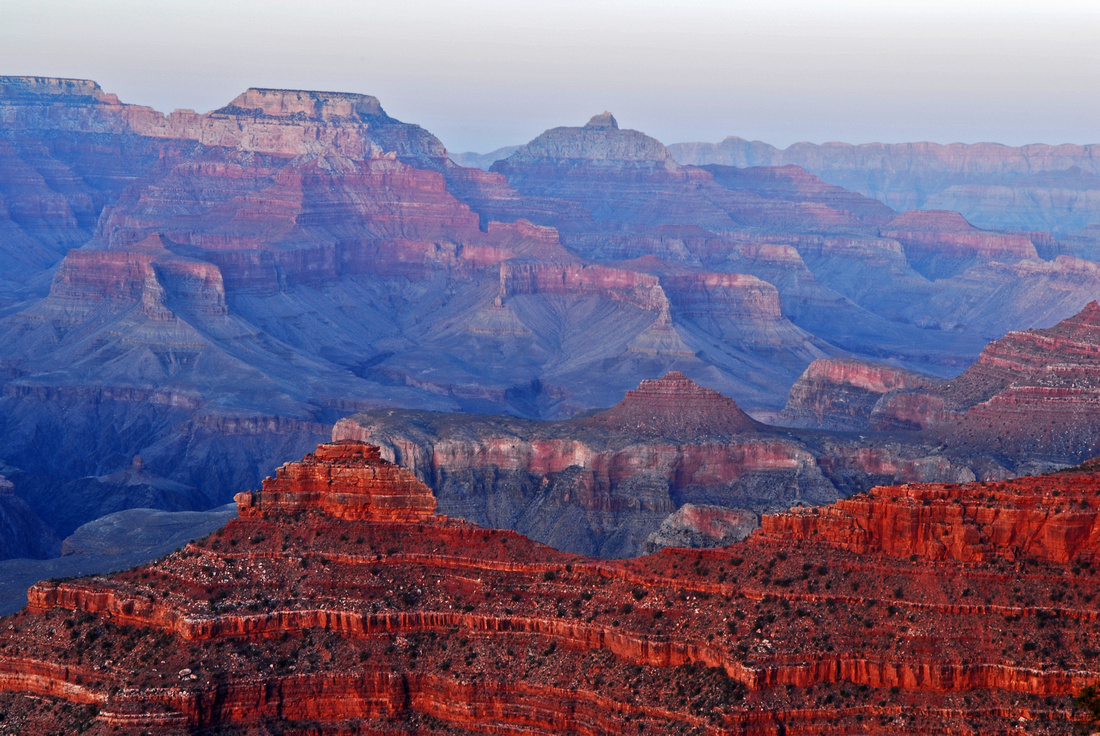 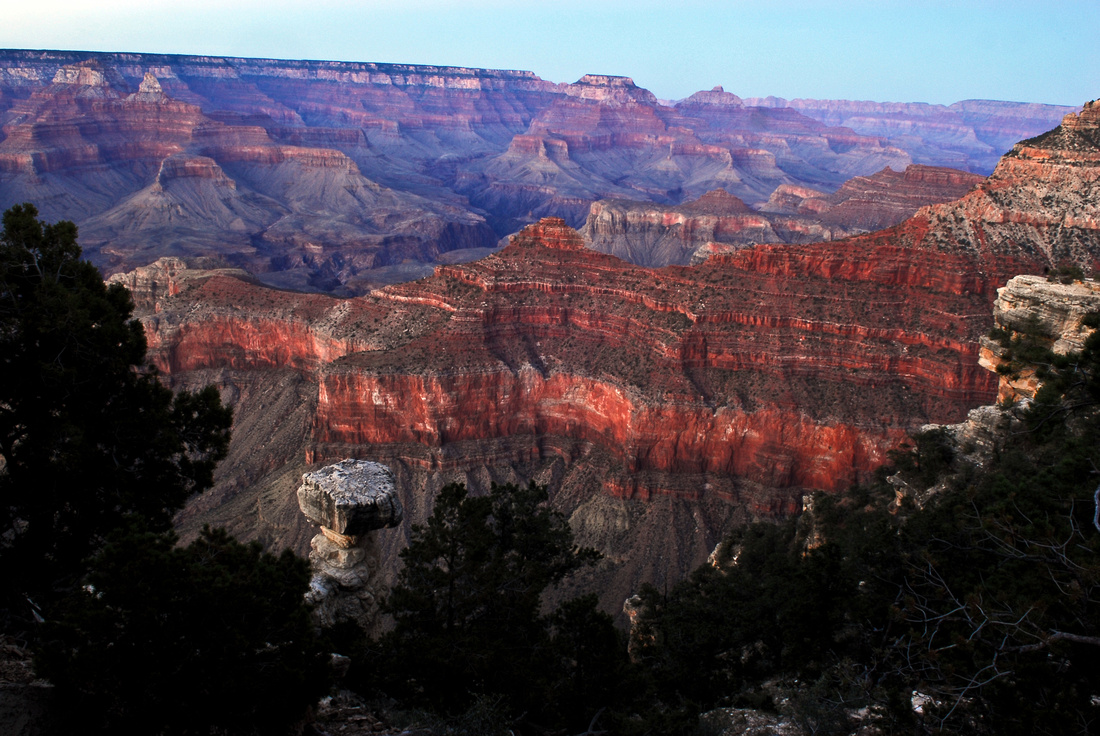 A nearly full moon blew out the night sky, preventing any dramatic star images so I decided to get some sleep and catch sunrise.  The 5 AM alarm came quick but I dragged myself out of my tent and headed to Lipan Point on the eastern end of the canyon.

Here, the sun rises over a ridge with Desert View Tower visible near the sunbeams. 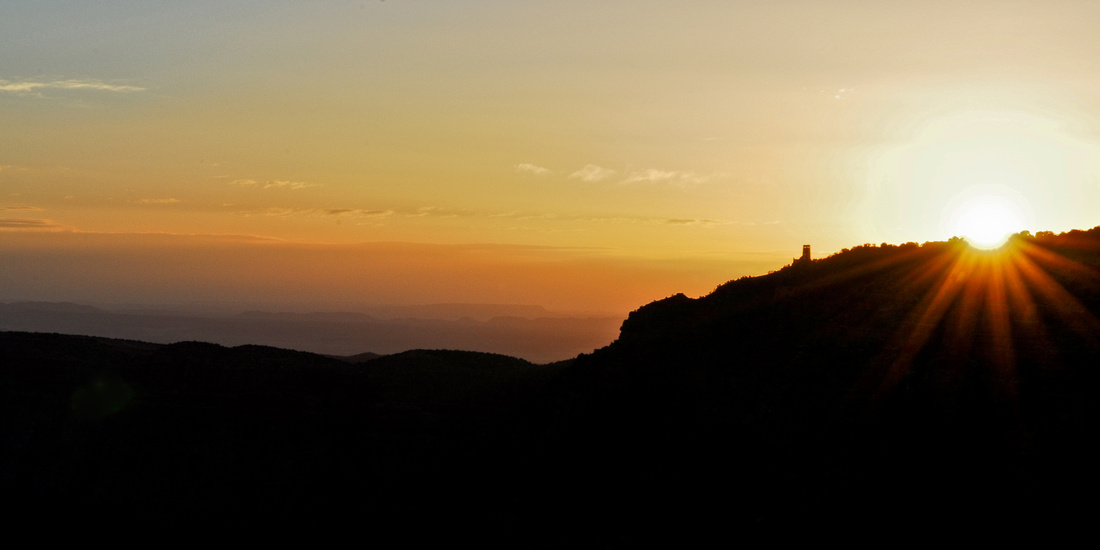 The reward for an early wake-up when the first rays of sunlight hit the canyon walls. 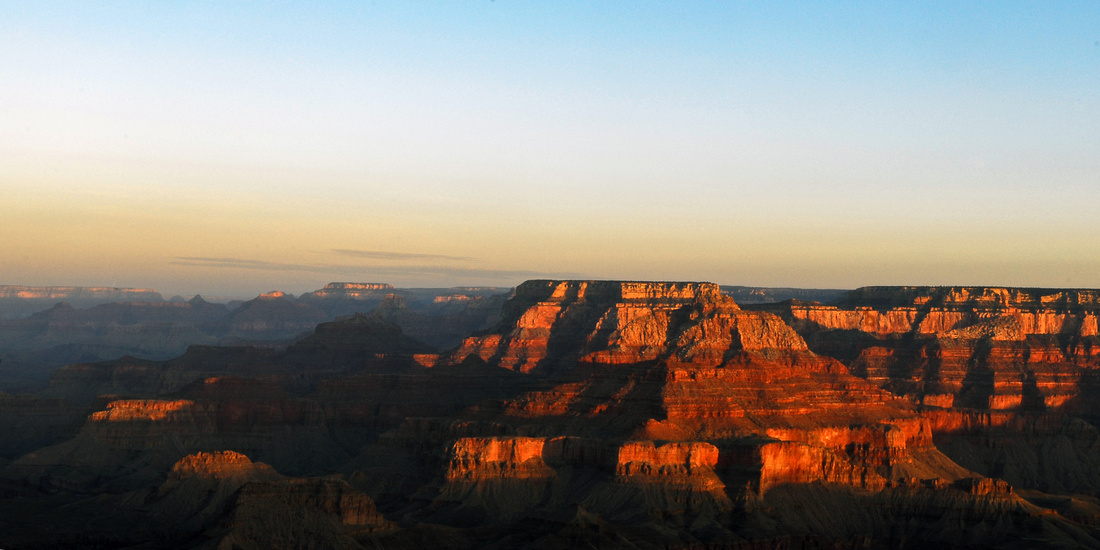 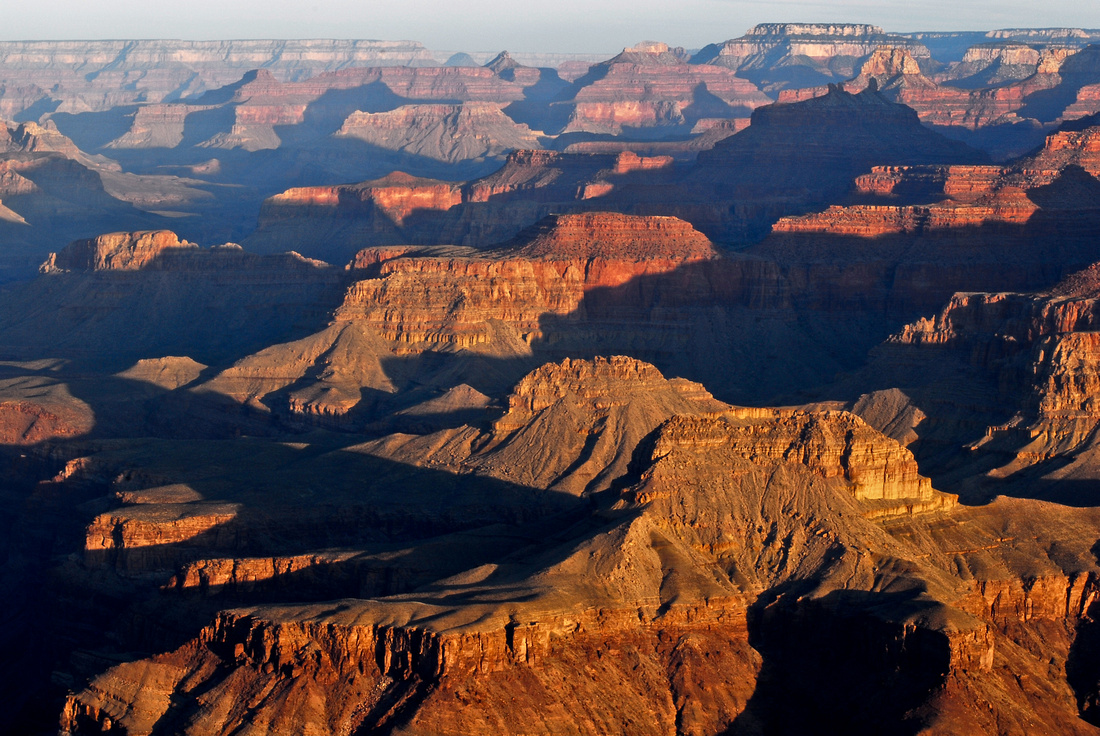 After a quick breakfast and camp cleanup, I headed to the South Kaibab Trailhead.  I opted for a 6 mile hike down about 2000' into the canyon to Skeleton Point and back.  The first view of note was Ooh Ah Point about 20 minutes into the hike. 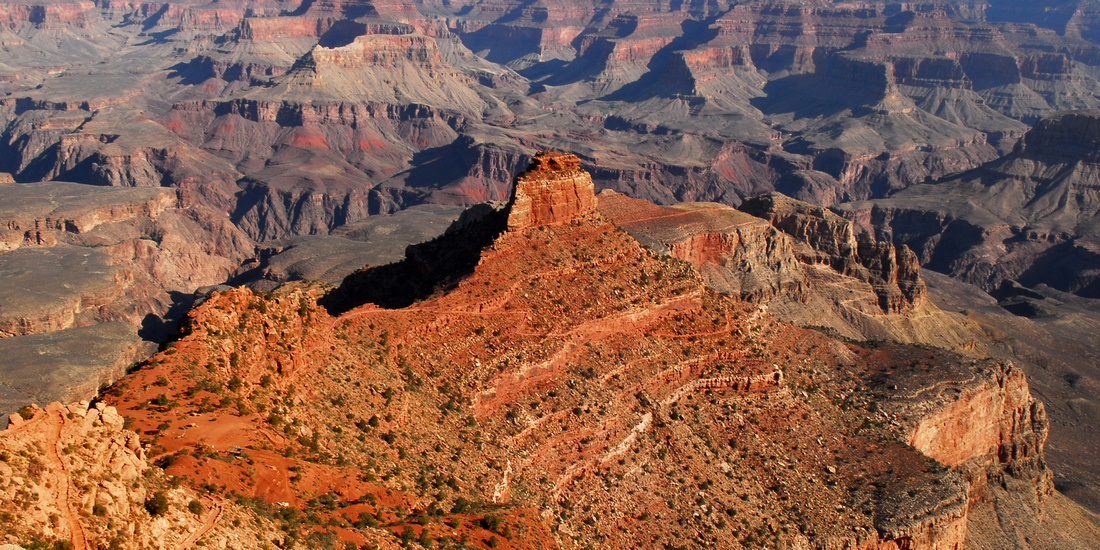 I was able to catch some late spring blooms in the canyon.  First is the purple flower of Englemann's hedgehog catcus (Echinocereus engelmannii).

Although I was a bit late for flowering, this Utah Agave (Agave utahensis), or Century Plant, was still interesting to see. 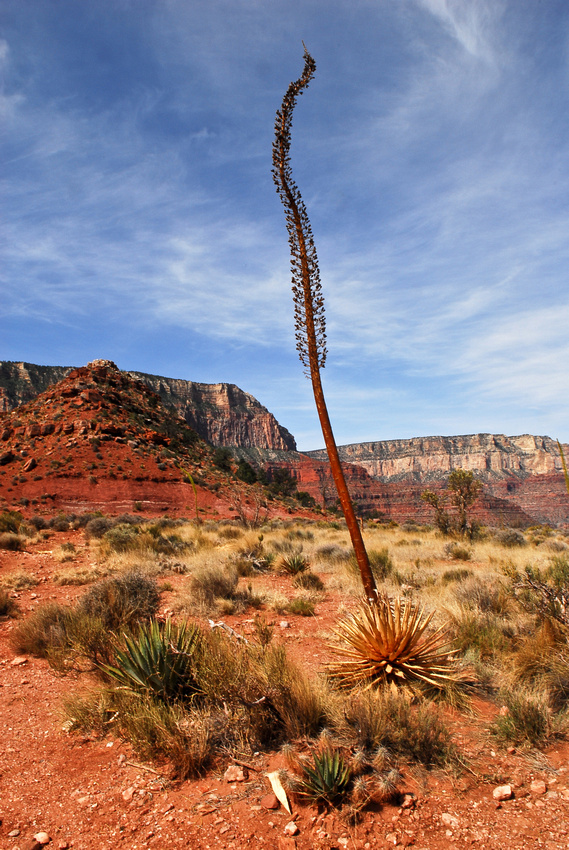 The turn around point was Skeleton Point, 2000' below the South Rim. 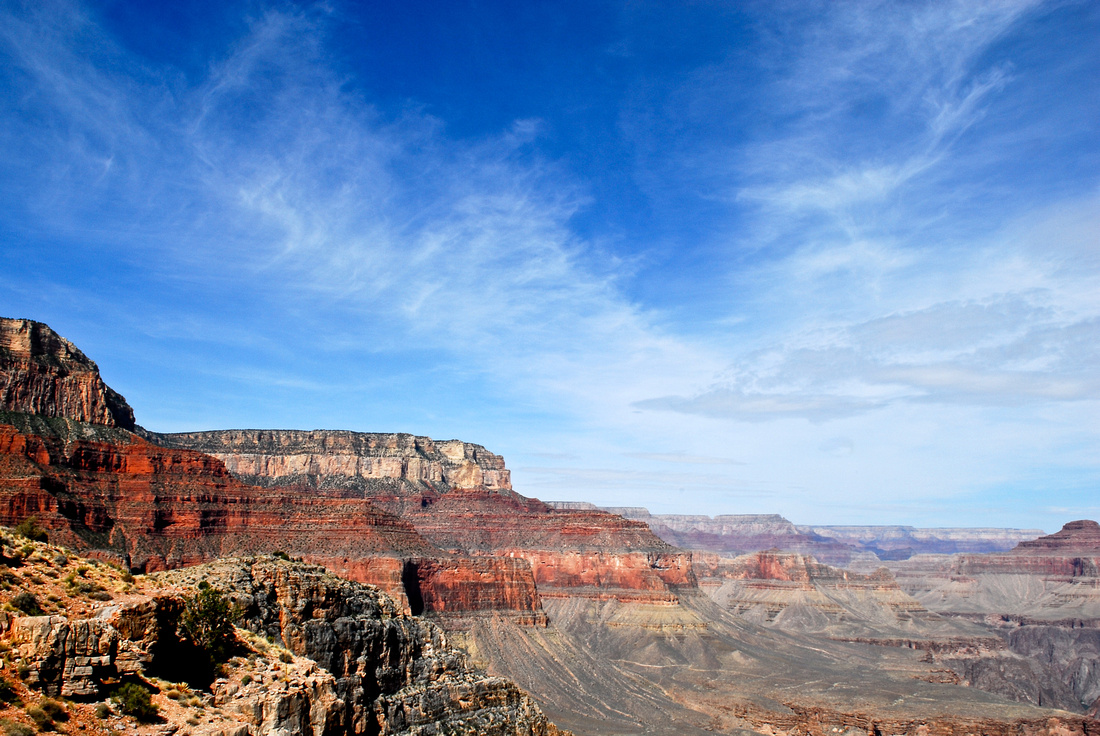 Despite my wanderlust telling me to blow past Skeleton Point and continue the hike down to the Colorado River, common sense (and a lack of sufficient water supply) prevailed.  I turned around here, right before a dramatic set of switchbacks leading further into the canyon. 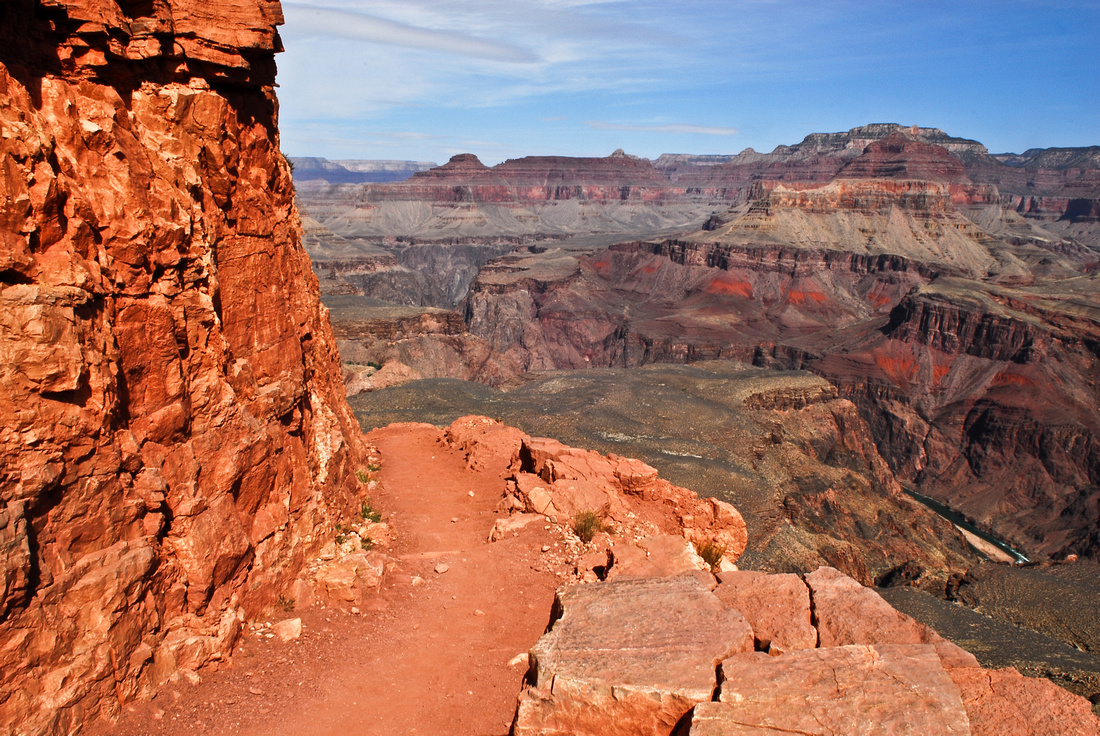