After leaving the Grand Canyon around noon, I started to drive east across northern Arizona.  My destination was Canyon de Chelly National Monument in the northeast corner of the state. Despite multiple cross-country road trips through the Southwest in the past, I had not previously been to Canyon de Chelly before because it is a in a rather isolated part of the region.  In other words, it is in the middle of nowhere.  Despite this remote location, the canyon has been inhabited by people for over 4,000 years.

I arrived in the late afternoon with plenty of time to set up camp, hike into the canyon, and catch another Arizona sunset. 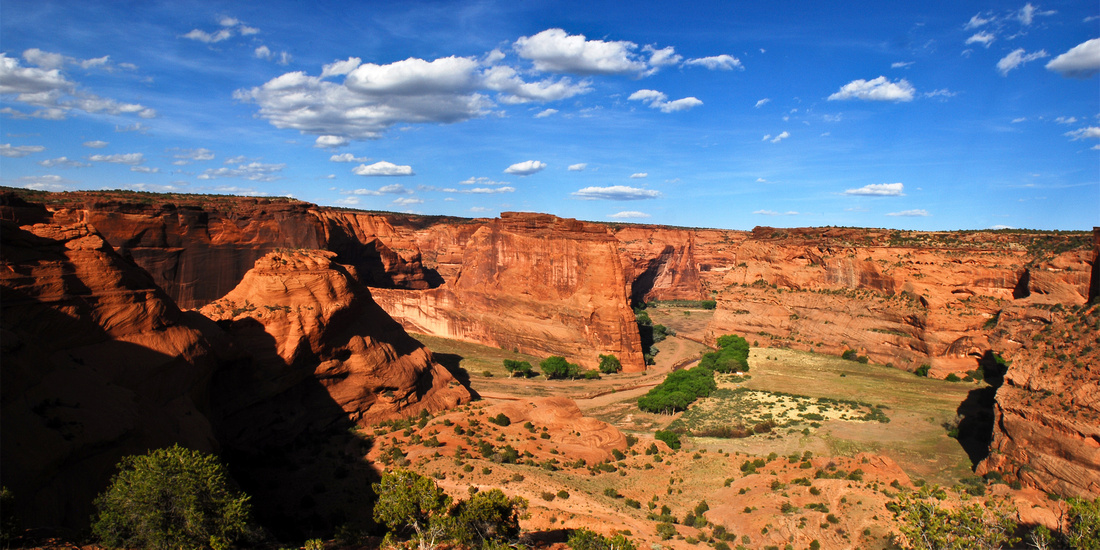 The trail here leads to White House Ruin and it is the only trail accessible to visitors without a paid Navajo guide. 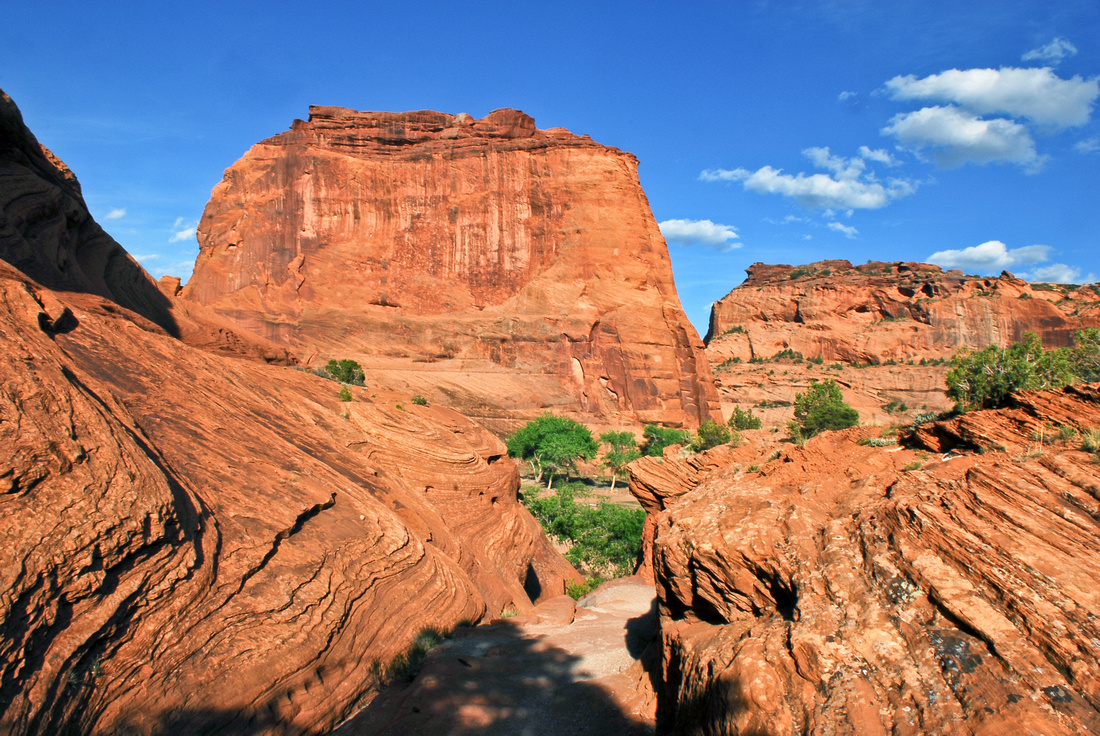 The canyon floor was quite possibly one of the most peaceful places I have ever been.  Descendants of the original settlers of the canyon still live and farm here and access is restricted to limit the impact of tourists on their daily lives. 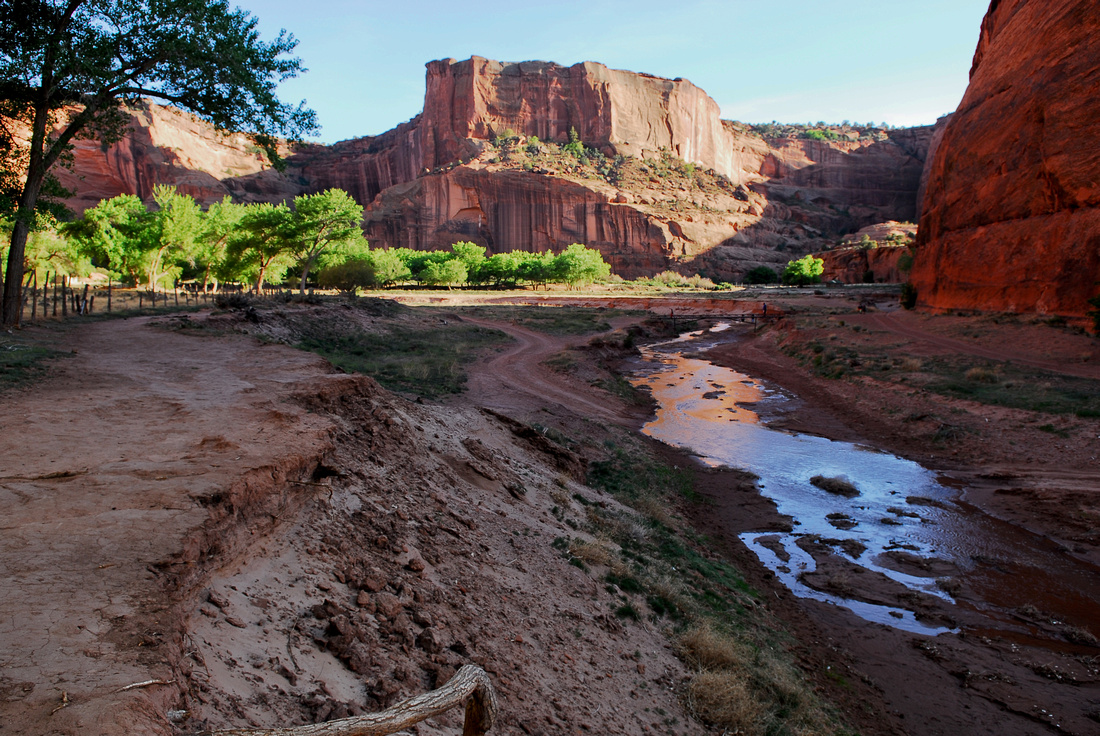 White House Ruins were at the base of a very steep canyon wall along the stream. 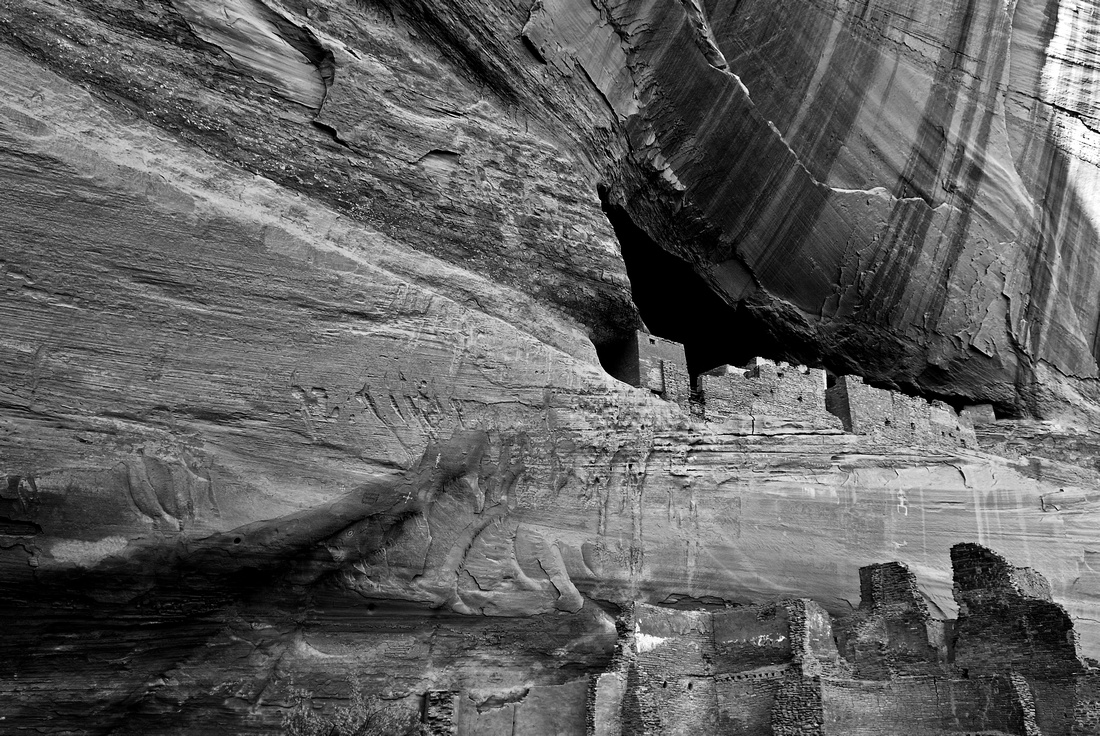 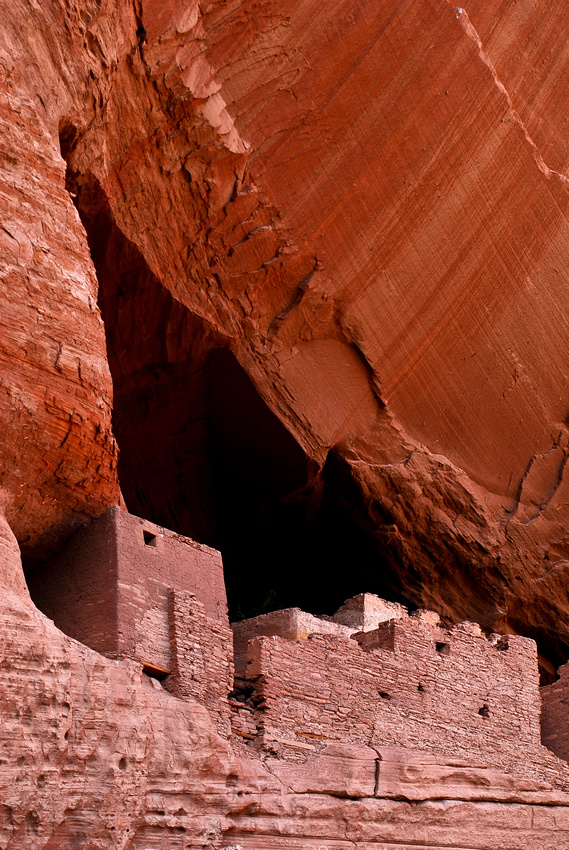 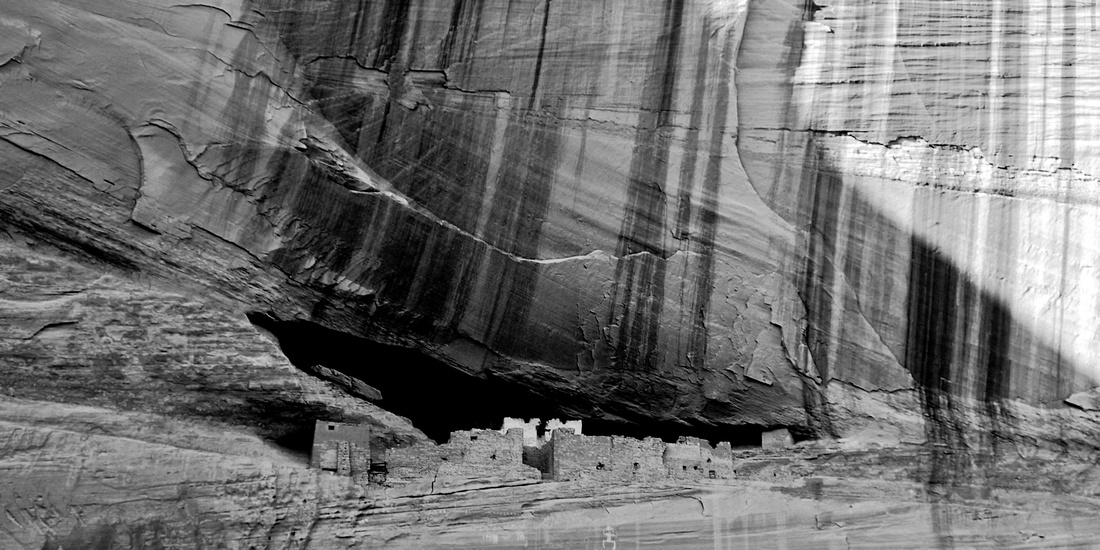 The surrounding area was stunning and I was very glad to get the experience to be inside the canyon given my limited time constraints. 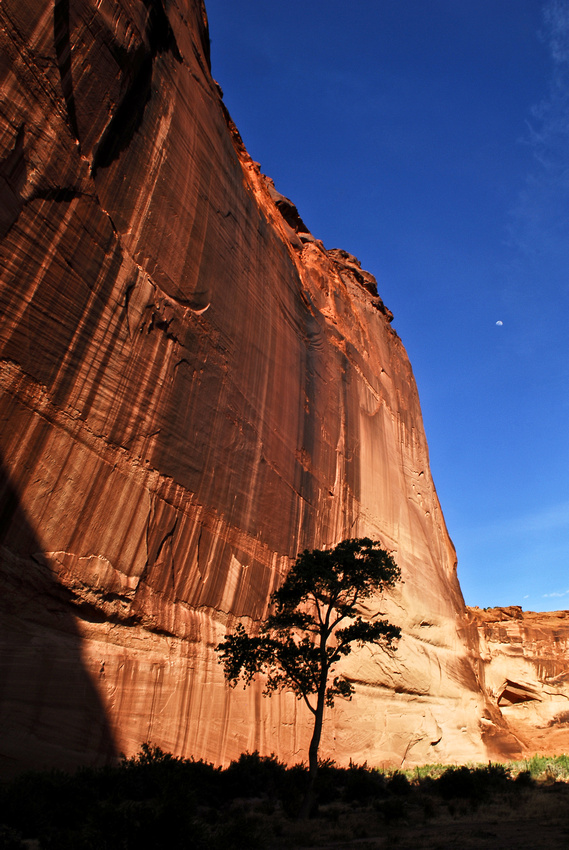 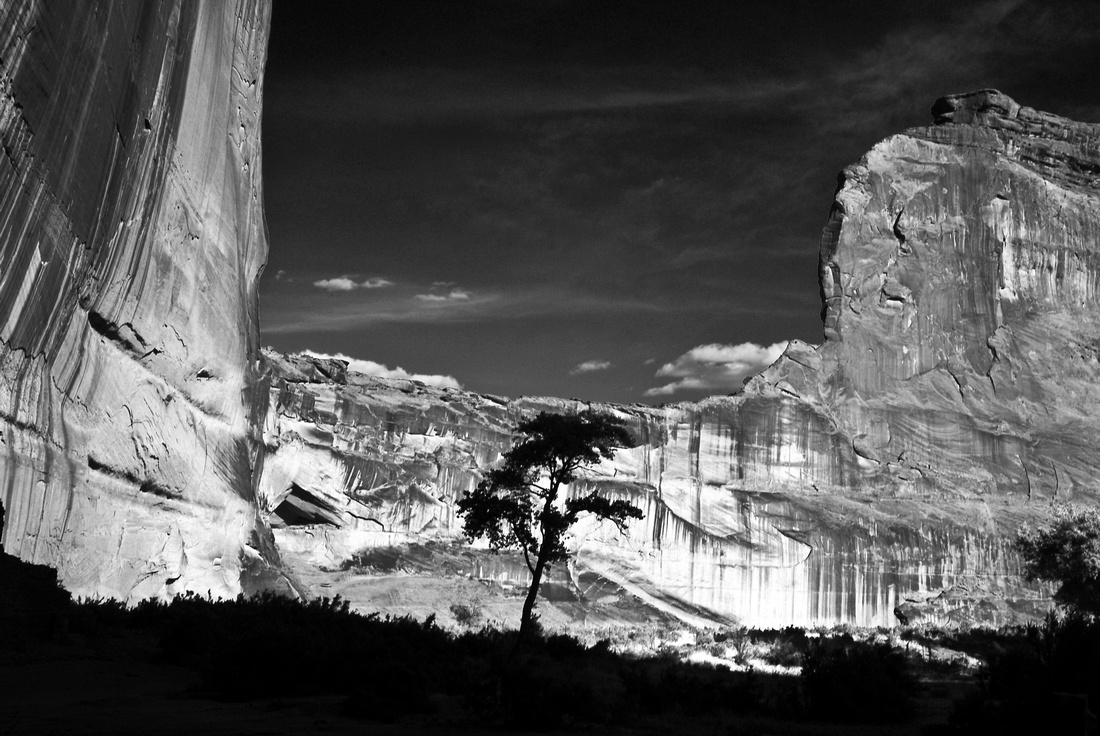 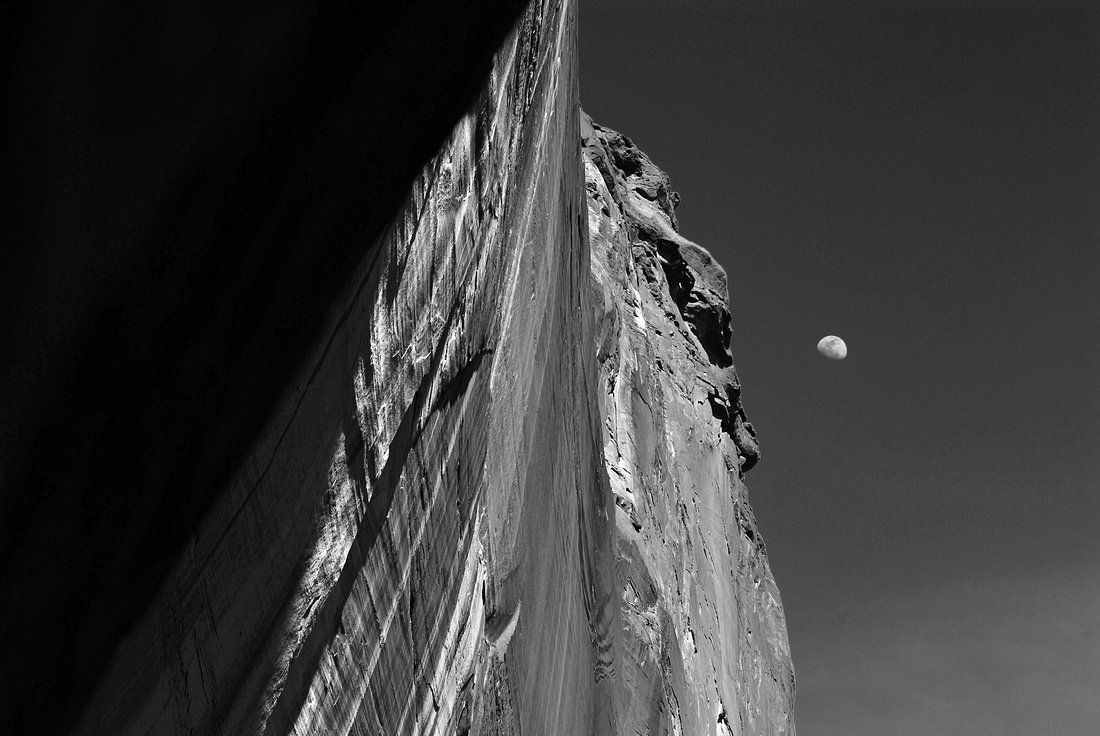 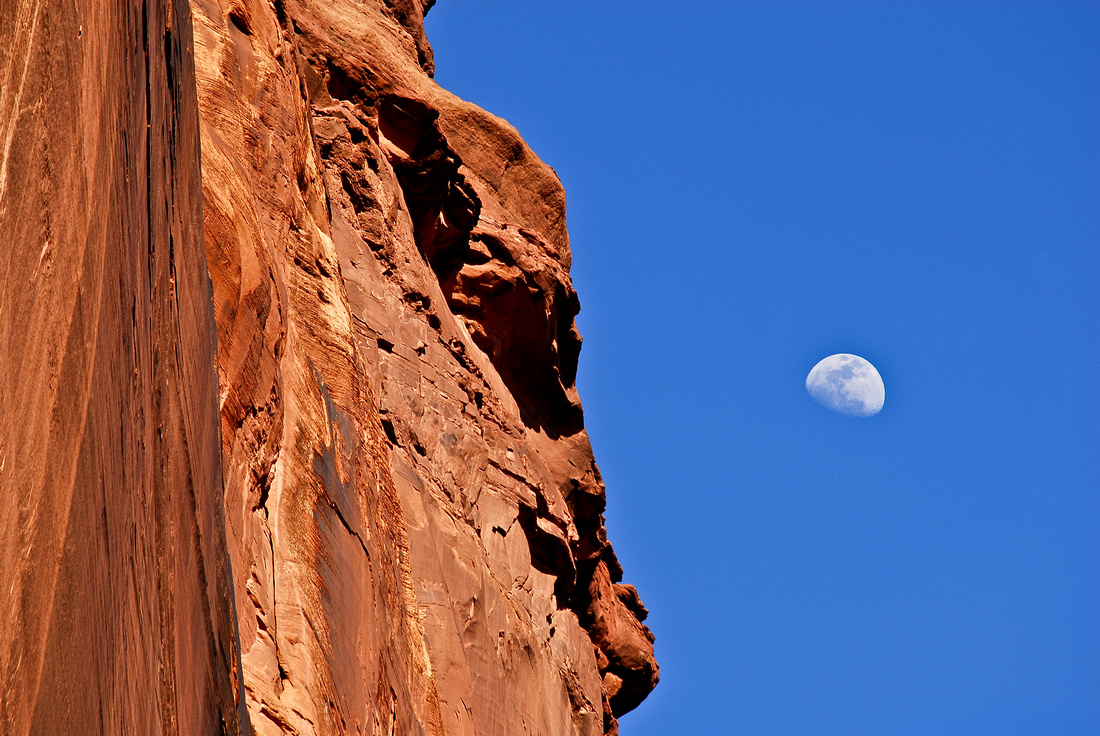 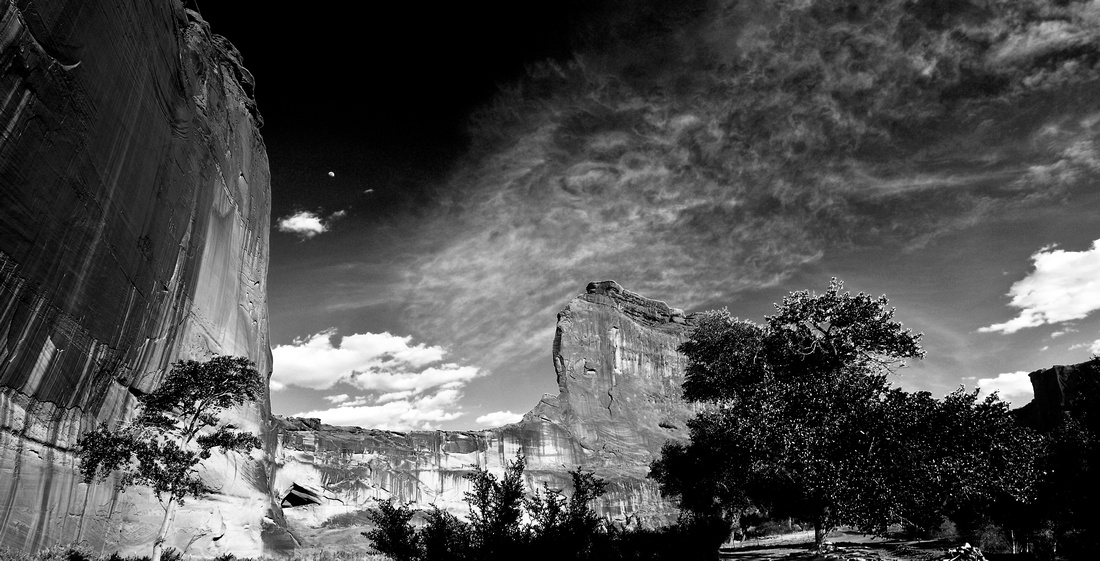 After hiking out of the canyon, I had just enough time to head over to Spider Rock Overlook for sunset.  Spider Rock is an 800-foot sandstone spire in the canyon where the Spider Woman, an important deity in the Navajo culture, makes her home.  While she is said to protect peaceful men, the story I was told by the Navajo who ran the nearby campground was the white color on the top of the spire represents the bones of "bad" Navajo children that she has devoured. 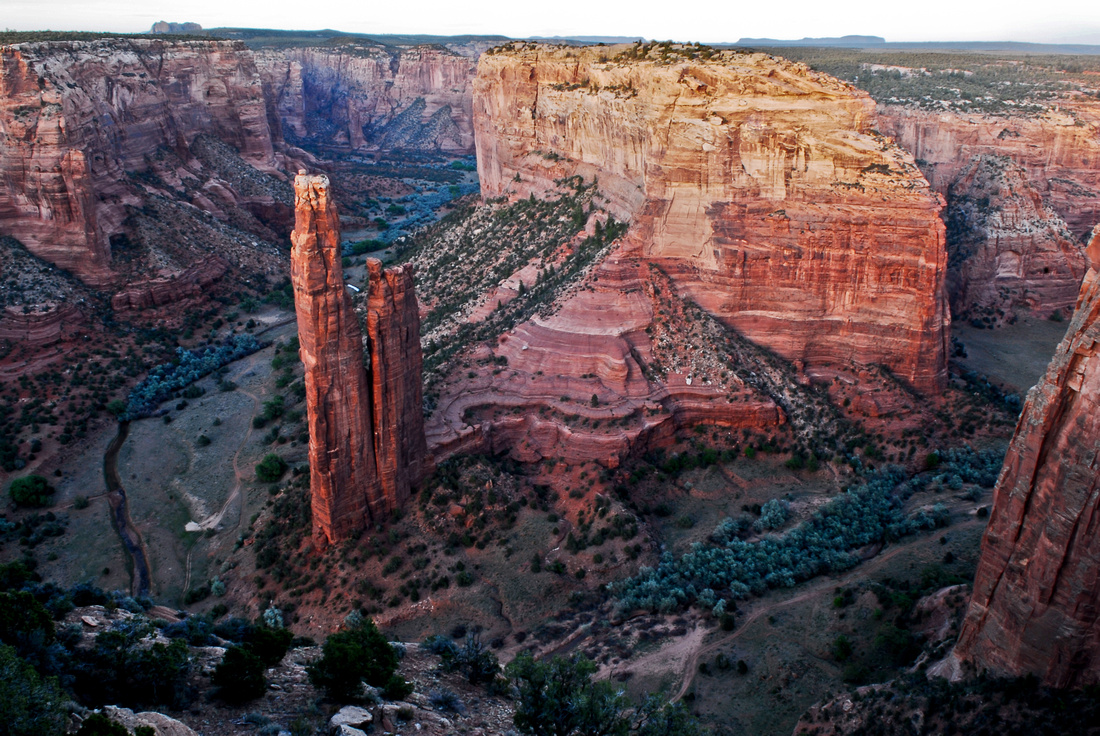 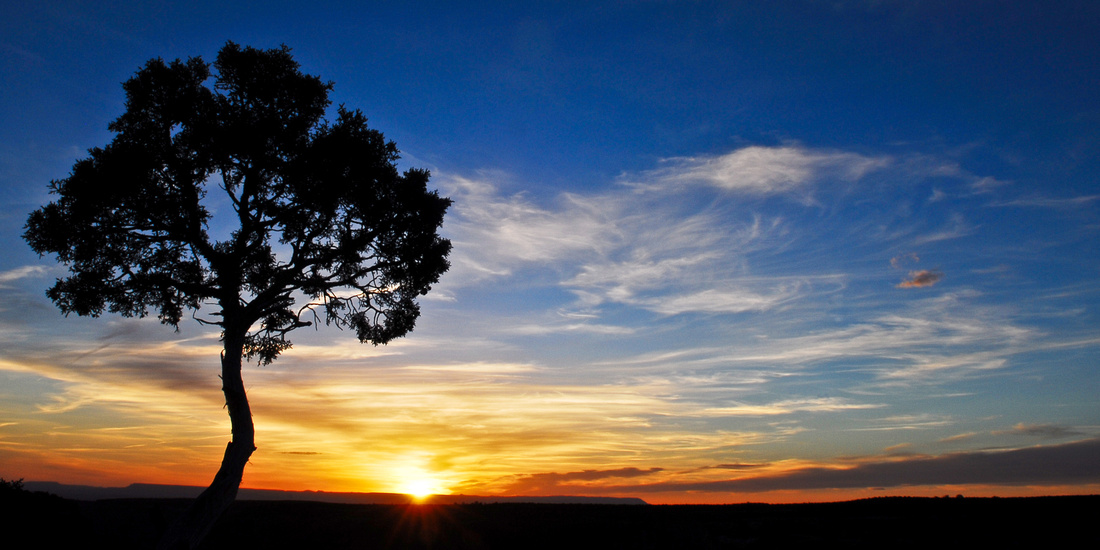 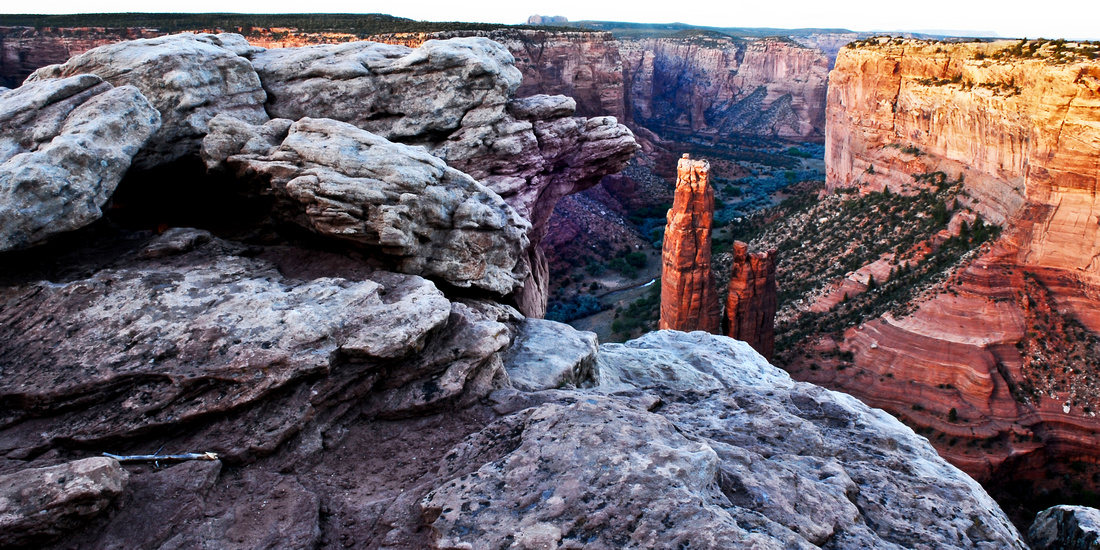 The next morning before heading into Utah, I took a drive on the north rim of the canyon to see some other ruins.  Mummy Cave Ruins start to show some influence from nearby the Mesa Verde ruins with the tall tower on the right on the image. 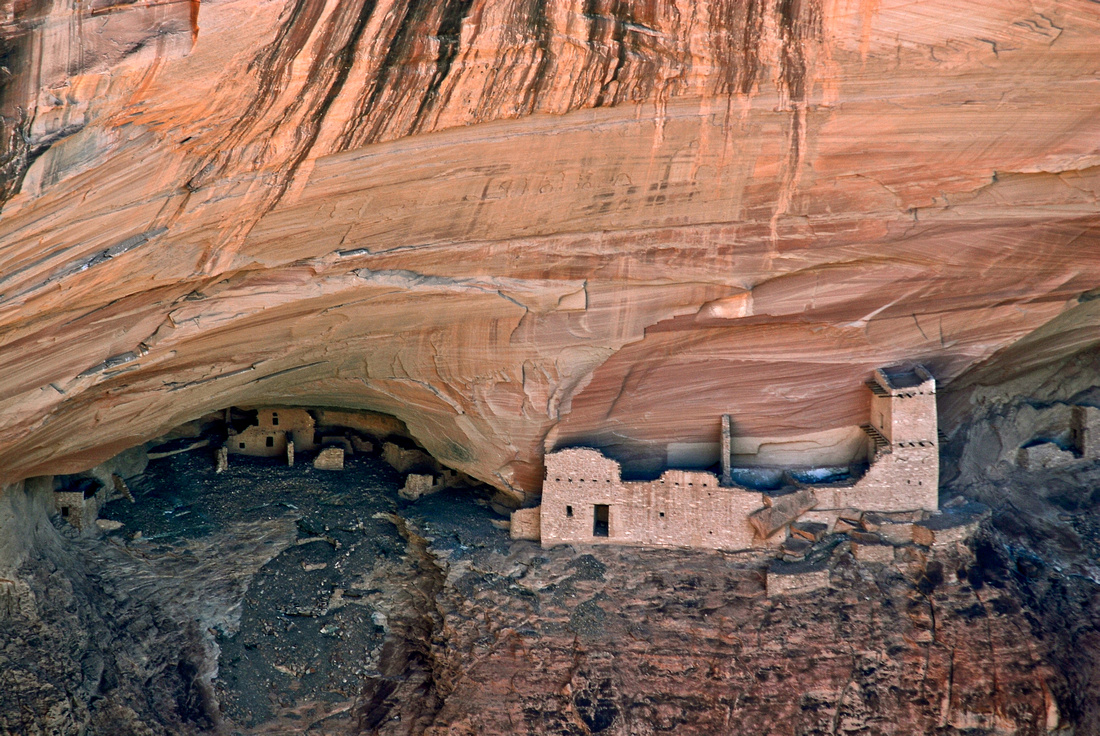 Lastly, a view from Mummy Cave overlook at the stream reflecting the sunlight as it travels through Canyon del Muerto. 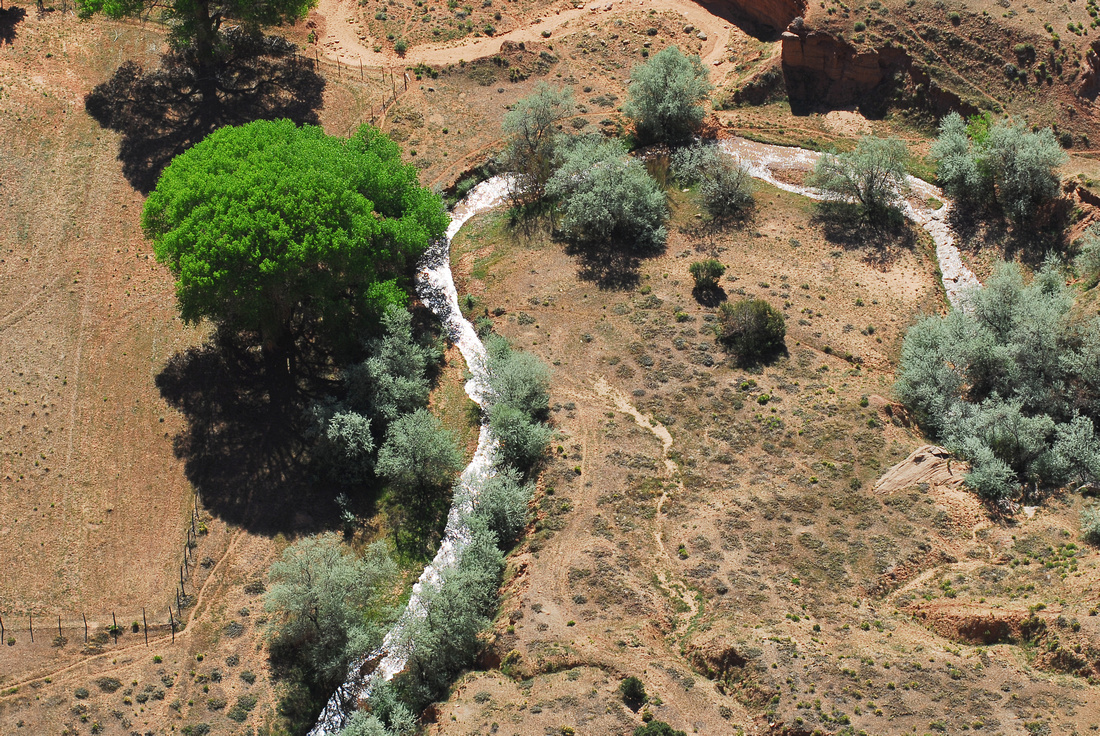