After visiting the north rim of Canyon de Chelly in the morning, I headed north toward the Utah border and Monument Valley.  After getting lunch and gas in Kayenta, AZ, I started north along Highway 163. 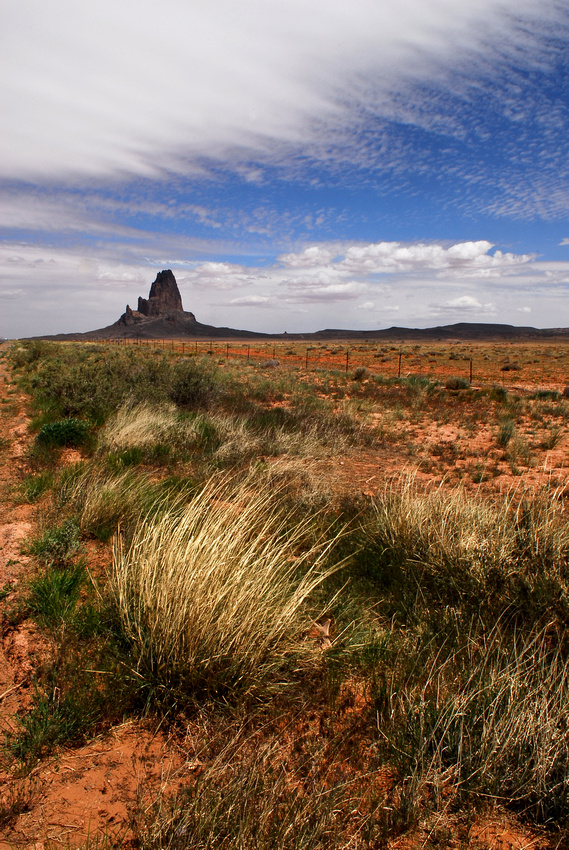 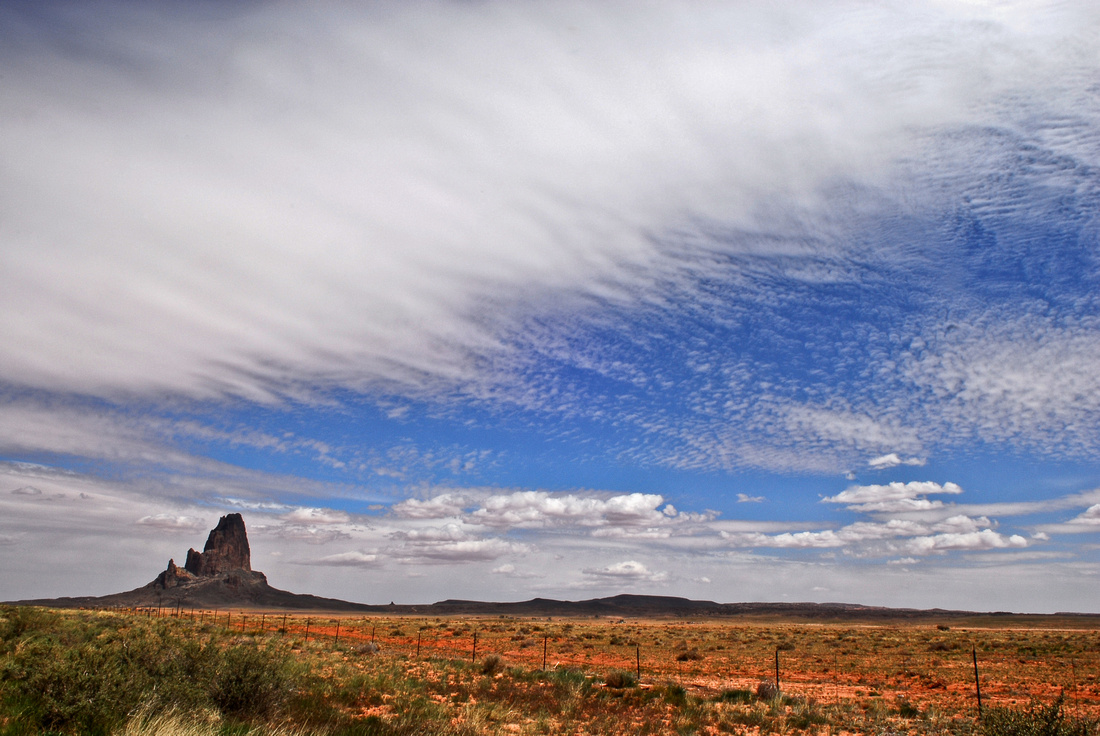 Moments after crossing into Utah, I headed into the Monument Valley Tribal Park run by the Navajo Nation. The view from the visitor center is an iconic western landscape, seen in many Hollywood Westerns and travel books. 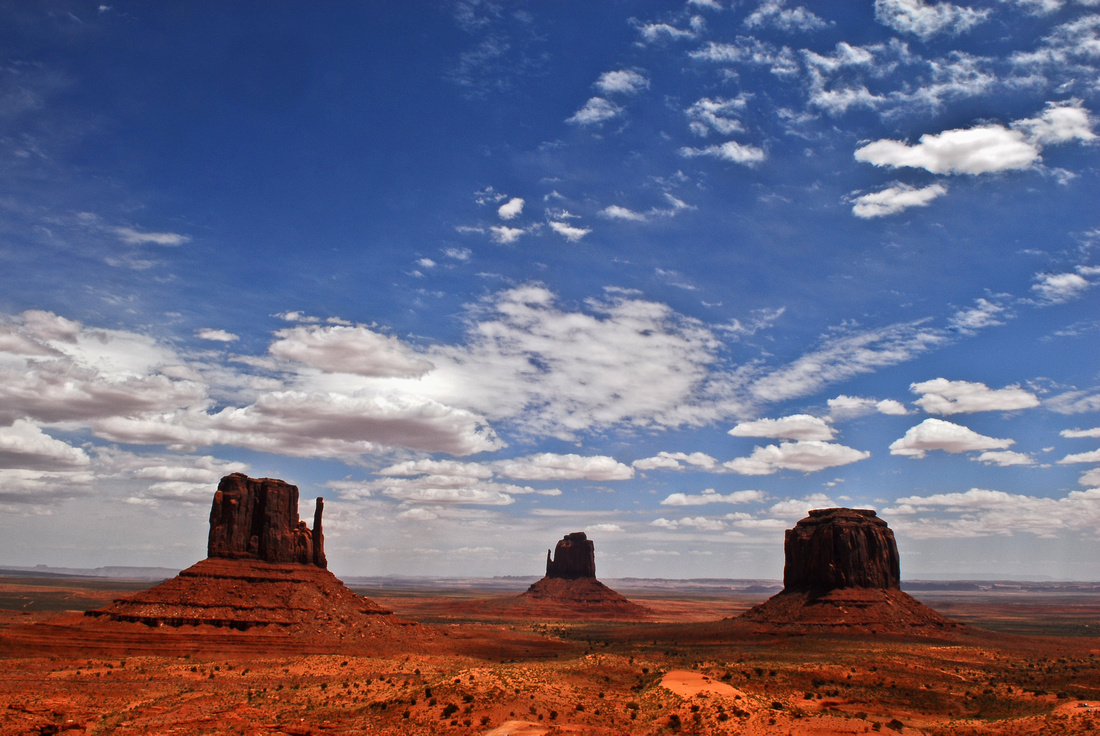 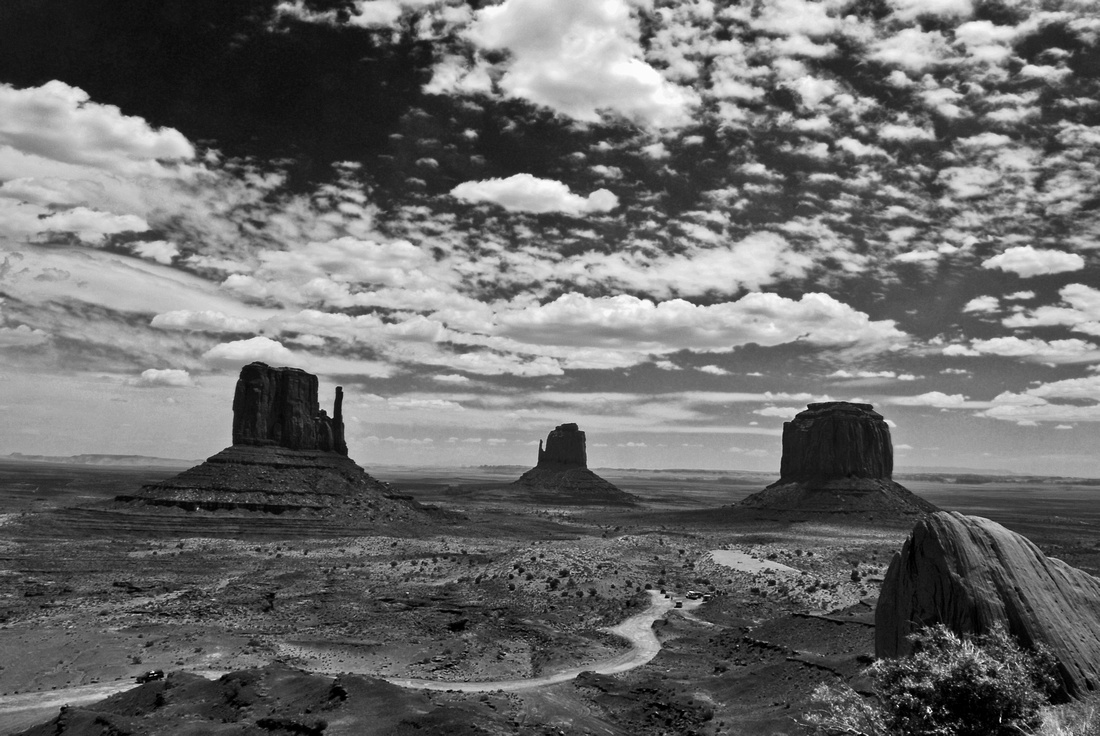 The road in the foreground is a seventeen mile trip on a very primitive road through the tribal park.  Unfortunately, my 1996 Honda Accord wagon was not up for the challenge.  I made it about a quarter of a mile before I realized that this road would likely break my car in half.

A few hours later, I reached my destination for the evening, the Needles District of Canyonlands National Park.  The small campground in the park was already full but I was able to secure a spot at the Needles Outpost on nearby BLM land.  The area is named by the band of sandstone spires cutting through the park as seen below.

I managed to get in a few short hikes.  The first was on the Pothole Point trail.

The eroding rock formations made for a interesting close-up. 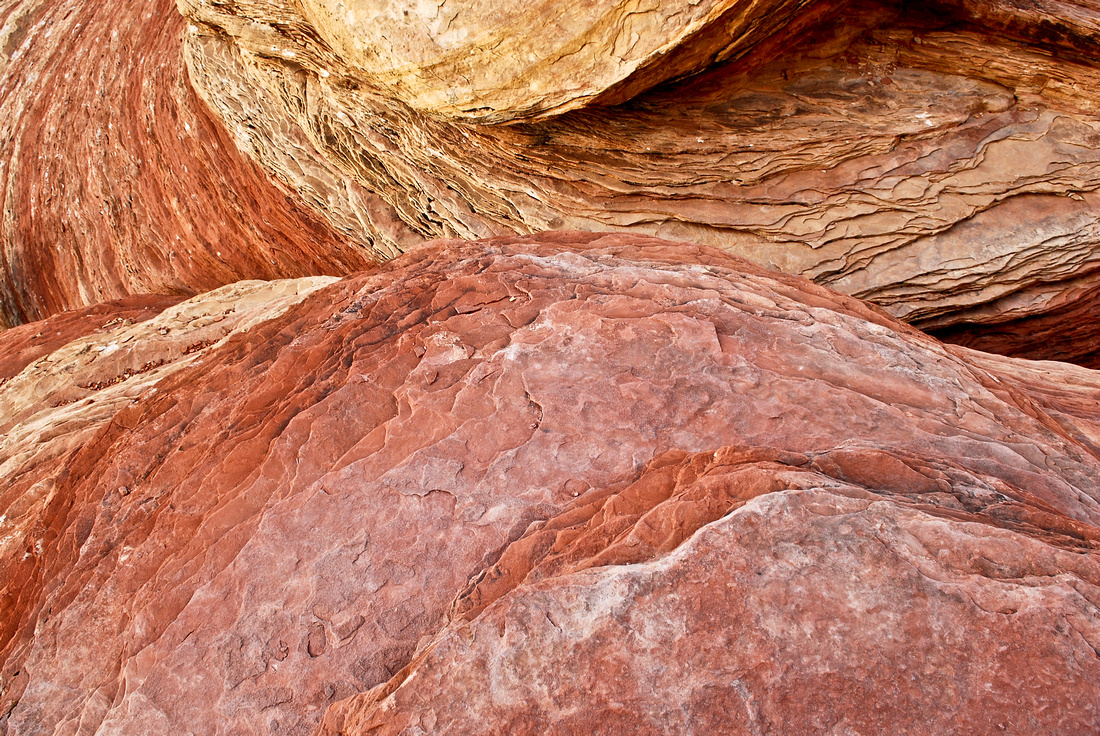 Next, I took the Slickrock Trail out into the canyons. 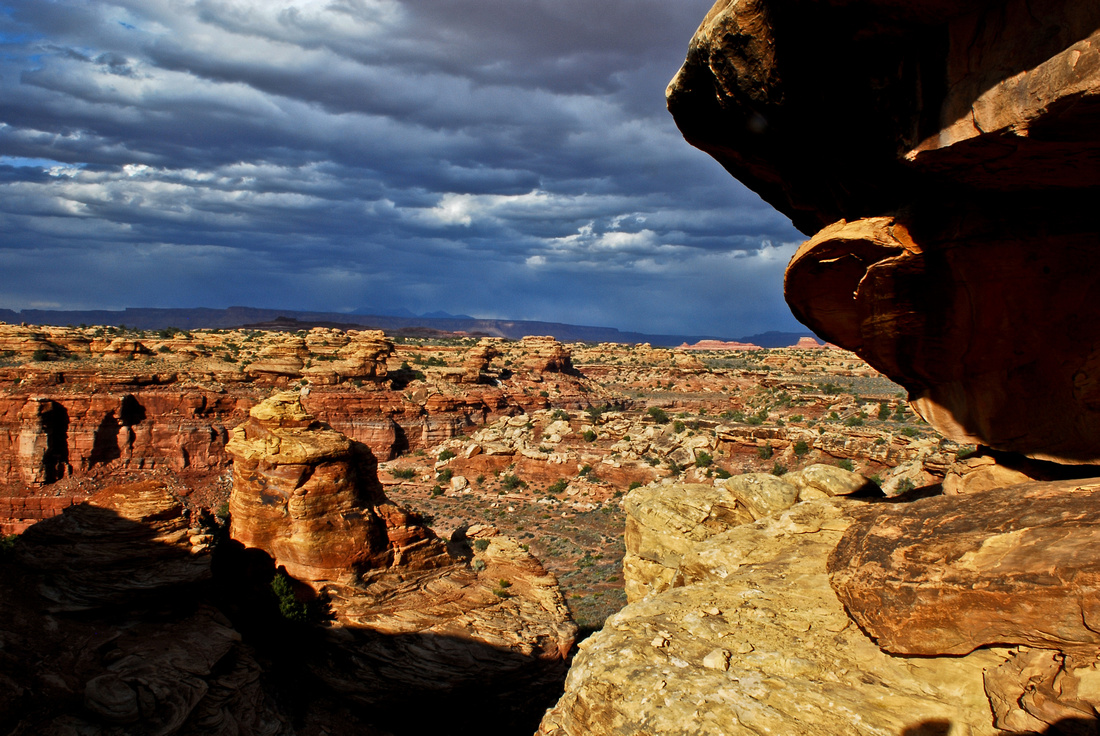 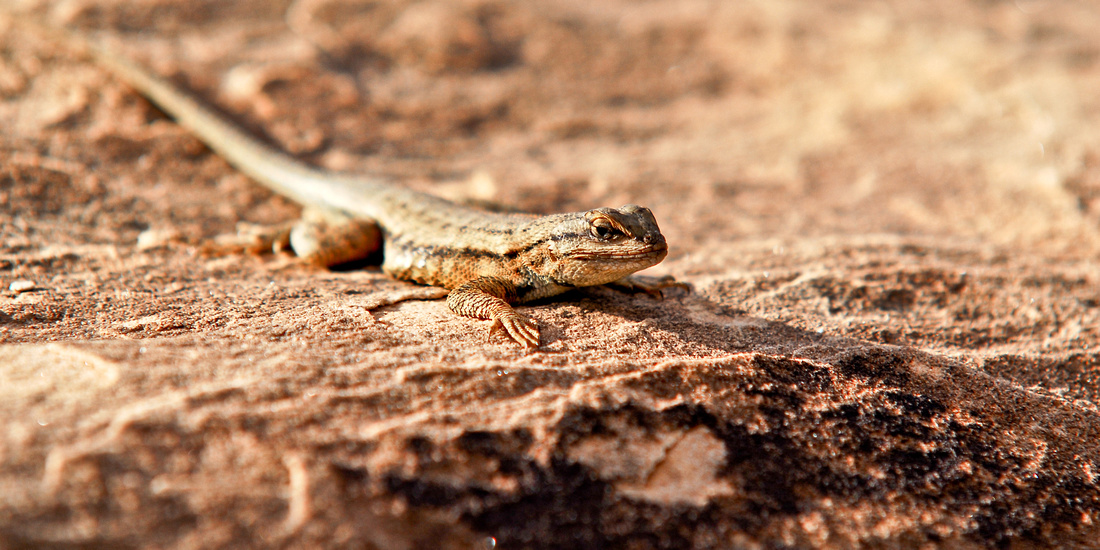 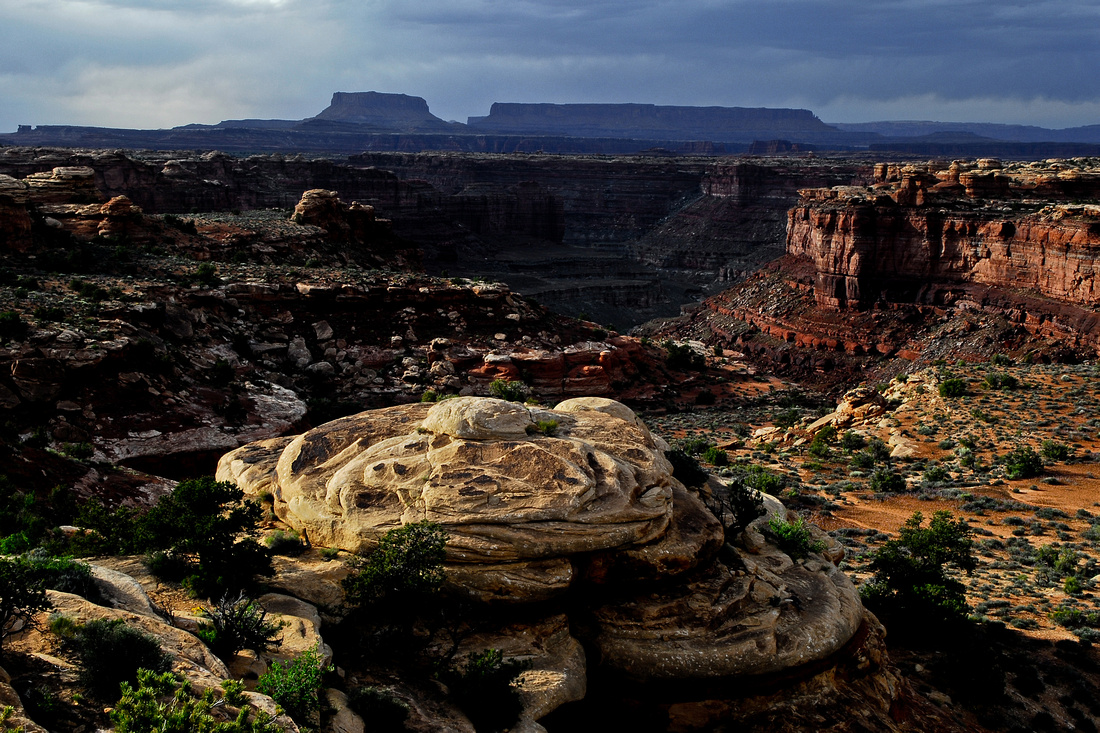 My original intention was to find a place to catch the sunset, but ominous clouds started forming on the western horizon.  Since it was getting late in the day and sunset wasn't happening, I jogged back along the trail to my car and quickly headed to the outpost general store for firewood and beer. 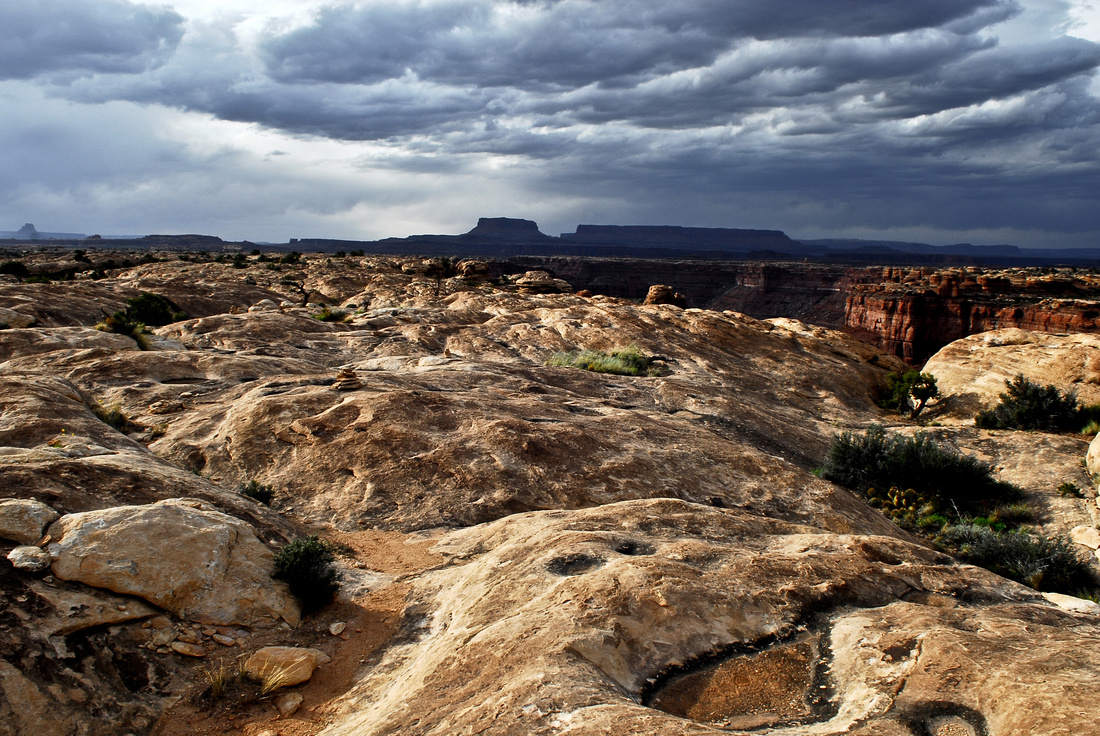 I was successful in reaching the store before it closed, made some dinner and cracked open a beer.  Storm clouds were rolling in but the direction of movement carried them away from the campground...for now. 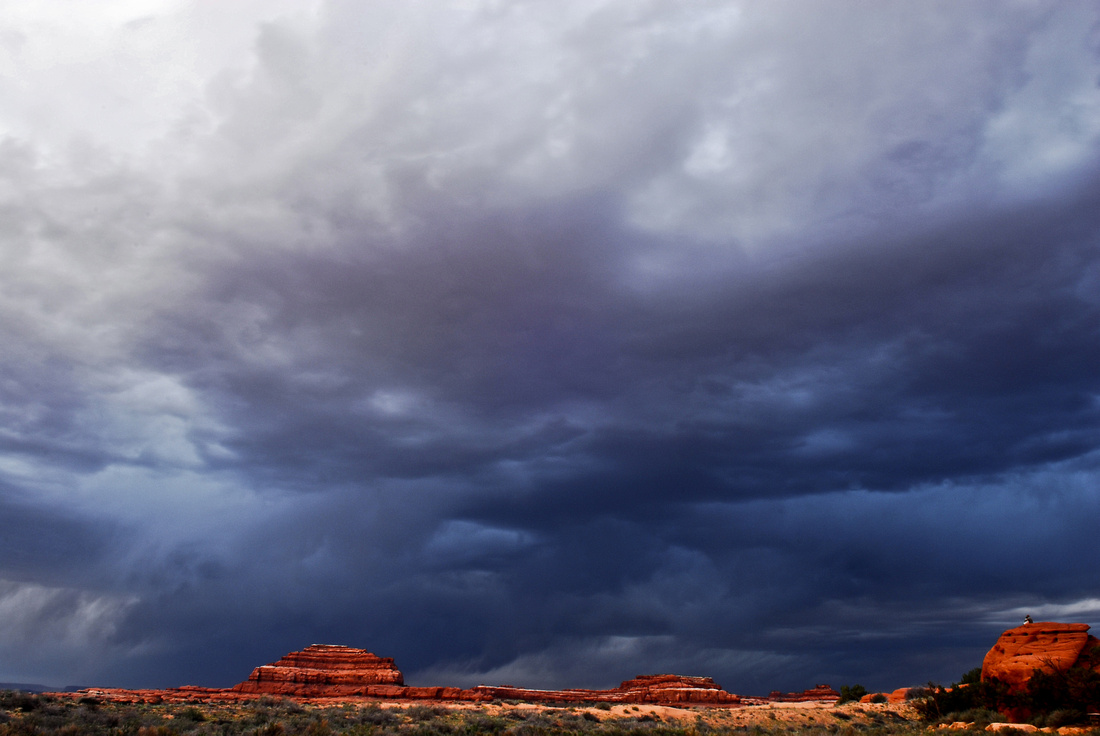 Luckily I had my large tripod in the car and was able to capture some of the passing light show. 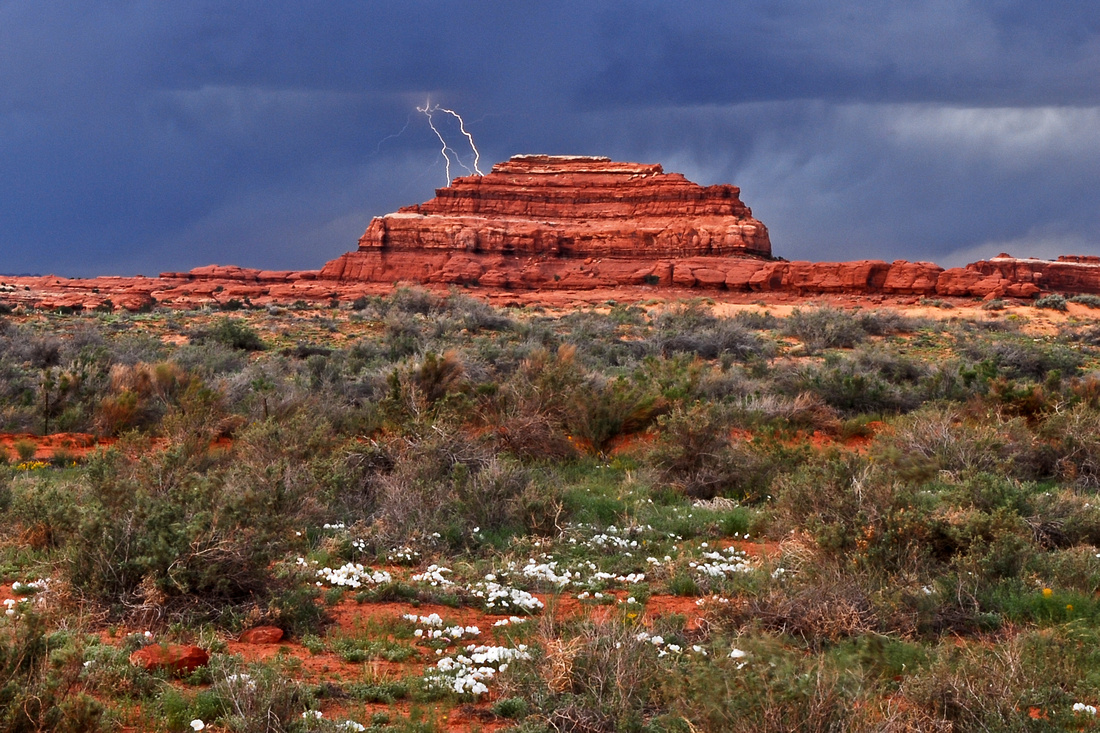 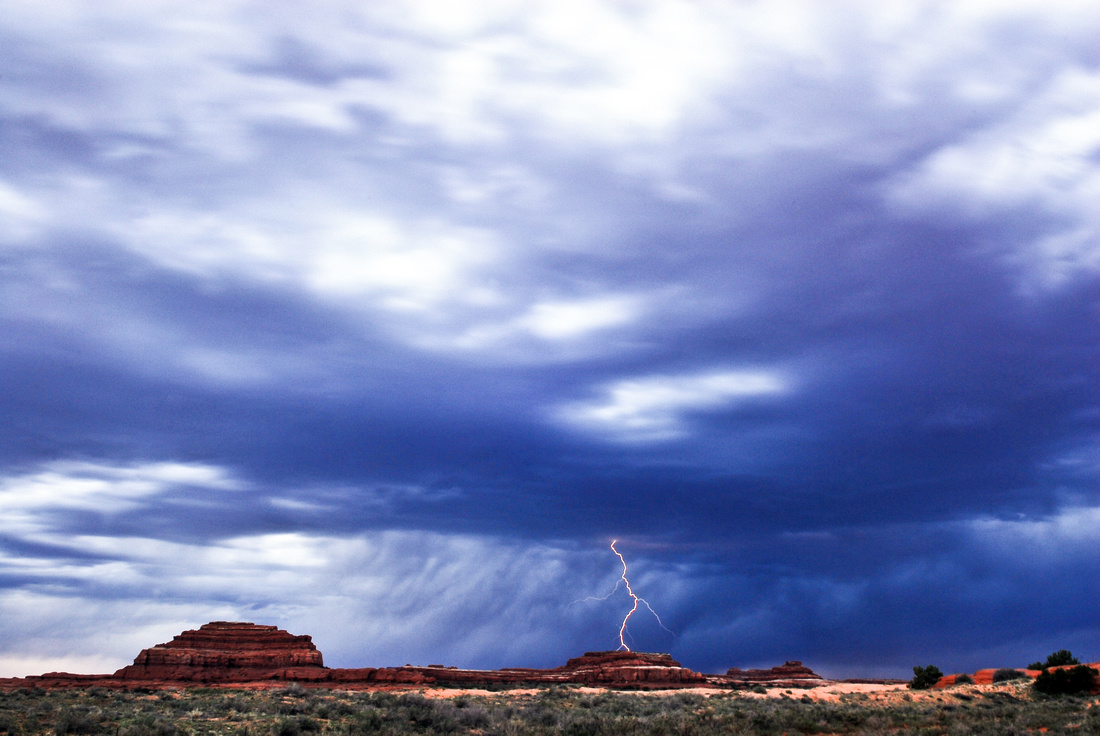 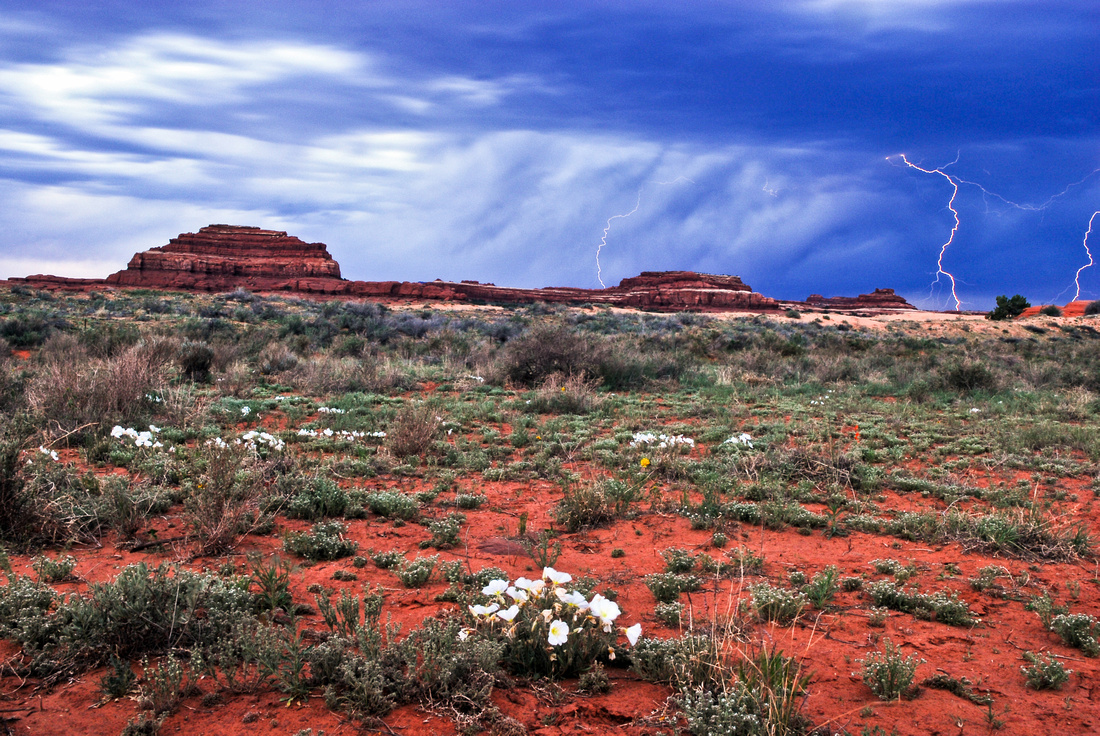 Unfortunately, more storms were in the very near future and I was directly in their path.  A few minutes after the last image was taken, a wall of red dust came barreling into the camp driven by the down draft of an approaching storm.  The pelting sand made it difficult to see so I sought shelter in the nearby rocks. Once I got comfortable in the rocks, shielded from the blowing sand, a 60+ mph wind gust managed to rip one of my tent stakes out of the ground.  I battled furiously to re-anchor my tent in the sand storm and somehow managed to fix everything (i.e. large boulders on top of each stake) and jumped into my sleeping bag just before the torrential rains hit.  The storm raged for the rest of the night and finally dissipated around 4:30 am.  A ranger informed me the next morning that 1/3 of the yearly rainfall total for the park had fallen overnight.